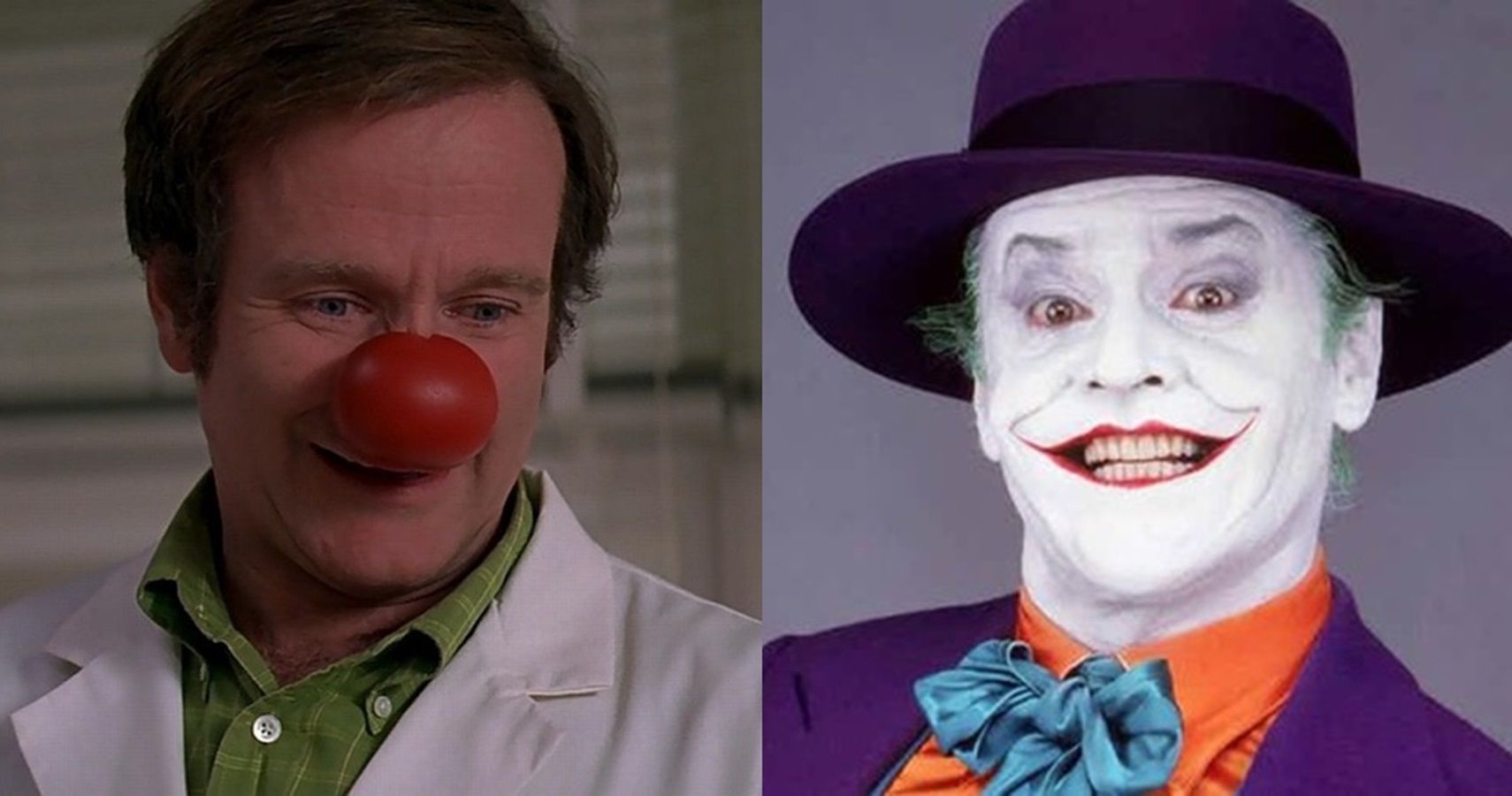 10 Actors Who Were Almost Cast In Batman Movies

When it comes to casting a Batman movie, the most crucial part to cast is Bruce Wayne. But when Wayne has been cast, there are still plenty of other roles to fill: ancillary characters like Commissioner Gordon, love interests like Vicki Vale, and above all, the villains. The Bat has one of superhero comics’ most iconic rogue’s galleries, and it’s very important to find the right actor to play each villain.

From the gloomy films of Tim Burton to the gritty films of Christopher Nolan, plenty of actors have been in the running for roles in Batman movies. So, here are 10 actors who almost made it to Gotham City.

John Lithgow read for the role of the Joker in Tim Burton’s first Batman movie, but he wasn’t happy with his audition and thought that he was wrong for the part.

Lithgow later called it his worst audition: “My worst audition was for Tim Burton for Batman. I tried to persuade him I was not right for the part, and I succeeded. I didn’t realize it was such a big deal. About a week later, I heard they were going after Robin Williams and Jack Nicholson.”

9 Kurt Russell As Commissioner Gordon In The Dark Knight Trilogy

Gary Oldman’s portrayal of Commissioner Gordon is one of The Dark Knight trilogy’s most subdued and underrated performances. But before Oldman was cast in Batman Begins, Kurt Russell, Chris Cooper, and Dennis Quaid were all considered for the role.

When Dick Grayson appeared in early drafts of Tim Burton’s 1989 Batman movie, Kiefer Sutherland was the producers’ top choice. But when Robin eventually made it to the big screen in Batman Forever, the studio wanted to cast either Leonardo DiCaprio or Marlon Wayans.

Interestingly, DiCaprio would later be considered for the role of John Blake in The Dark Knight Rises — who is hinted to be Robin — by his Inception director Christopher Nolan.

7 Ewan McGregor As The Scarecrow In Batman Begins

Cillian Murphy auditioned to play Bruce Wayne in Batman Begins before being cast as the Scarecrow instead. Before Murphy was cast, Ewan McGregor, Christopher Eccleston, Jeremy Davies, and even Marilyn Manson were under consideration for the role.

McGregor went on to play a different Batman villain, Black Mask, in a non-Batman movie earlier this year when he starred alongside Margot Robbie in Birds of Prey.

Sean Young was initially cast as Bruce Wayne’s love interest Vicki Vale in the original 1989 Batman movie. However, after sustaining an injury while riding a horse, she was unable to make the shoot and had to drop out, paving the way for Kim Basinger to take the role.

Apparently, Young later stormed into the production offices of Batman Returns in a homemade Catwoman costume and demanded an audition for the role of Selina Kyle. She was promptly removed from the premises.

5 Paul Bettany As The Joker In The Dark Knight

Heath Ledger was always Christopher Nolan’s top choice for the Joker in The Dark Knight. The director had screen-tested Ledger for the role of Bruce Wayne while Batman Begins was in pre-production and was a lot more confident in his acting abilities than the Batman fans who initially complained about his ultimately Oscar-winning casting.

However, the studio had cold feet about Ledger, and reportedly had Paul Bettany waiting in the wings to replace him if his performance didn’t work out. Of course, Ledger wowed everybody and that wasn’t necessary.

Before Arnold Schwarzenegger was cast as Mr. Freeze in the notorious Batman & Robin, Patrick Stewart, Anthony Hopkins, and Ed Harris were all considered for the role.

Presumably, with the Shakespearean stylings of Stewart, the script would’ve looked a lot different than it did in its final form when the Austrian Oak took the role.

3 Matt Damon As Harvey Dent In The Dark Knight

Before Aaron Eckhart was cast as Gotham’s white knight Harvey Dent in The Dark Knight, Matt Damon and Hugh Jackman were offered the role.

However, due to scheduling conflicts with Invictus (which also featured Morgan Freeman in a prominent role), Damon had to turn down the part.

Annette Bening was the producers’ first choice for the role of Catwoman in Batman Returns, and she was even cast in the role and set to play Selina Kyle in the movie.

RELATED: Batman: 5 Ways Robert Pattinson's Version Can Be Different (And 5 Traditions He Needs To Uphold)

However, she had to drop out of filming when she became pregnant, and she was replaced by Michelle Pfeiffer. Pfeiffer was paid $3 million for her performance, $2 million more than the producers were going to give to Bening.

When the producers of Tim Burton’s Batman were negotiating with Jack Nicholson, the actor was taking a long time to decide whether he wanted to take the part. So, the producers offered the role to Robin Williams and told Nicholson that if he didn’t accept the part, they’d give it to Williams.

After finding out he’d been used as a bargaining chip to swing another actor’s decision, Williams refused to work with Warner Bros. again. He was offered the role of the Riddler in Batman Forever and happily turned it down.

NEXT: 10 Actors Who Were Almost Cast As Batman 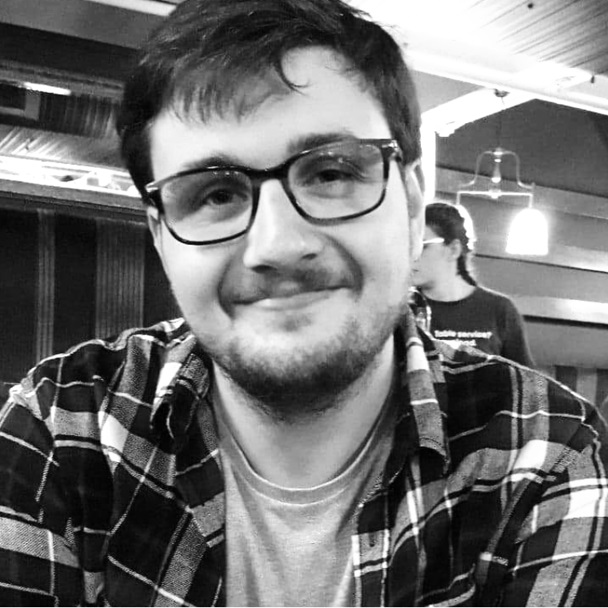 Ben Sherlock is a writer, filmmaker, and comedian. In addition to writing for Screen Rant and CBR, covering a wide range of topics from Seinfeld to Superman, Scorsese to Star Wars, Ben directs independent films and takes to the stage with his standup material. He's currently in pre-production on his feature directorial debut (and has been for a while, because filmmaking is expensive). Previously, he wrote for Taste of Cinema and BabbleTop.