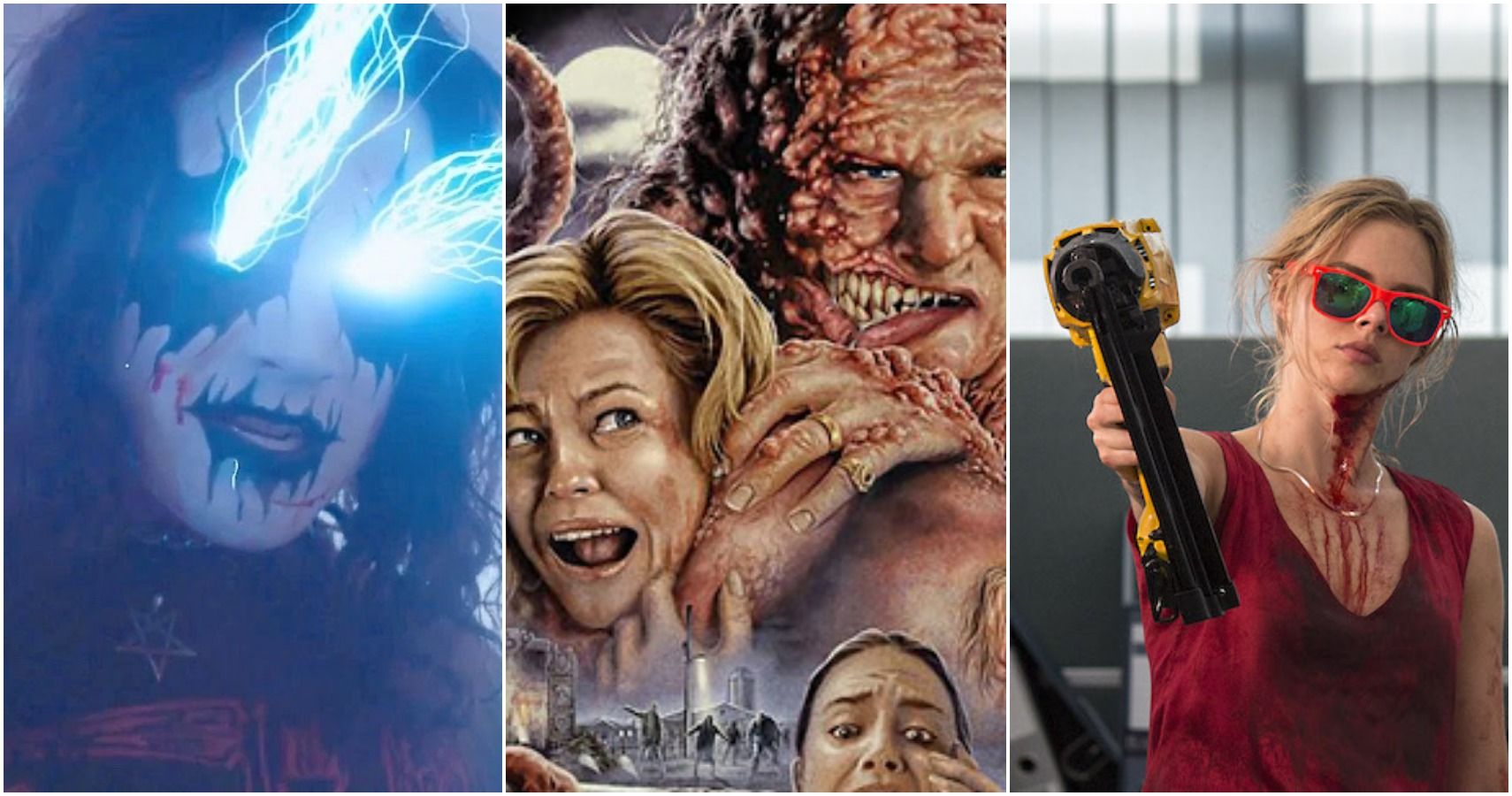 As horror movies have become increasingly synonymous with financial success in recent years, the genre seems to have had something of a renaissance. Sure, the genre doesn’t bring in the kind of numbers that traditional blockbusters do, but horror has developed an ecosystem all of its own.

Capable of being produced on a small budget, there’s far less risk involved in greenlighting a horror movie than any other genre, with their earnings often eclipsing the cost of production. While this has resulted in a huge influx of horror movies in the industry, the horror-comedy genre is strangely much harder to come by – with most popular horror comedies already being widely recognized by hungry fans. With that said, here are 10 obscure (but awesome) horror comedies you’ve probably never seen.

The feature film directorial debut of director Gerard Johnstone, this New Zealand horror comedy made something of a splash back in 2014 when it premiered at South by Southwest. Despite being a hit with critics however, Housebound isn’t talked about all that much, which is a real shame.

The story follows a young woman, Kylie, who’s placed under house arrest in her mother’s home – with the pair quickly becoming convinced the place is haunted. For fans of the dry, self-aware humor found in a lot of New Zealand comedies, Housebound is certainly worth checking out.

Despite having a strikingly similar concept to the James Gunn-penned The Belko Experiment, Mayhem easily stands out as the superior of the two – offering a fun, breezy and satisfying thrill ride bolstered by two incredibly likable leads.

Starring The Walking Dead’s Steven Yeun and modern-day scream queen Samara Weaving, the movie takes place in a locked-down law firm that falls victim to an inhibition-removing virus. This plunges the entire company into bloody chaos, forcing Mayhem’s leads to kill their way up the corporate ladder to make things right.

Arguably the movie that made James Gunn a cult favorite director before his association with the Guardians of the Galaxy movies, Slither’s hilarious script and disgusting body horror serve as a perfect distillation of Gunn’s trademark humor and directorial style.

Starring the likes of Nathan Fillion, Elizabeth Banks, and Michael Rooker, Slither tells the story of a small, South Carolina town that’s overrun by vicious, slug-like parasites. Feeling like a B-movie with brains and a beating heart, Slither is an absolute must-see for horror-comedy aficionados.

One of the most brilliantly self-aware mockumentaries ever made, Behind the Mask: The Rise of Leslie Vernon follows its titular killer as he makes the transformation from unassuming, horror-obsessed teenager to legendary masked murderer – hiring a film crew to document the entire process.

The movie is full to the brim with smart, deconstructive humor that’s sure to hit hard with fans of the genre while remaining an affectionate pastiche of the '80s slasher movie – complete with countless genre cameos for viewers to sink their teeth into.

Although 2013’s cult-favorite horror-comedy Witching & Bitching is a foreign language film, absolutely none of the humor is lost in translation. Opening with perhaps the most hilarious robbery ever put to screen, the movie sees its colorful cast of characters run afoul of a malicious coven of witches.

RELATED: 10 Of The Scariest Foreign Horror Films Ever Made (According To IMDb)

Don’t let its poorly chosen English title put you off, Witching & Bitching is a smart, self-aware comedy that revels in the chaos it creates – making for an obscure but memorable addition to the horror-comedy genre.

Grabbers may not be the scariest horror movie ever made, nor the funniest comedy, but what it has in spades is charm and heart. Chronicling the invasion of a remote fishing village off the coast of Ireland by bloodthirsty, tentacled monsters, Grabbers is a guilty pleasure for fans of B-movie madness.

As the island’s residents discover that a high blood-alcohol level is toxic to the creatures, the whole village resolves to get drunk in order to fend off the attack. While the movie doesn’t use this great concept to maximum effect, Grabbers is a warm, breezy horror-comedy that’s certainly worth your time.

With a tagline like ‘Ein! Zwei! Die!’, how could you not watch Dead Snow? A German horror-comedy about a group of friends who awaken a vicious army of Nazi zombies, Dead Snow is about as campy as it sounds – and unapologetically so.

Boasting some of the most over-the-top gore and hilariously absurd set pieces you’re ever likely to see in a zombie movie, Dead Snow knows exactly what it wants to be, and succeeds greatly in achieving it. The movie’s sequel, Dead Snow: Red vs. Dead is arguably even better than the first, making this a great double-feature for a not-so-quiet night in.

The kind of movie that makes you wonder whether the title came before the concept, Black Sheep is a great time, nonetheless. The movie sees a family of farmers under attack by a flock of flesh-eating sheep after an ill-advised experiment goes terribly awry.

What’s more, a bite from one of the sheep results in the creation of a grotesque half-human, half-sheep hybrid – all of which is brought to disgusting life by the fantastic special effects company Weta Workshop. With some truly hilarious visual gags and surprisingly scary central monsters, Black Sheep is a highly underrated horror-comedy.

An absolute must-watch for metalheads and horror fans alike, Deathgasm more than lives up to its lurid title. Following two friends as they accidentally conjure up an evil entity known as The Blind One, the movie’s sense of humor may be a little too twisted for more delicate sensibilities – but for everyone else, Deathgasm is a hell of a ride.

Yet another hilarious New Zealand horror-comedy, the movie is sure to satisfy the bloodlust of genre fans with its absurdly over-the-top gore and frenetic plot.

Likely serving as the inspiration for many other films on this list, Braindead is the quintessential low-budget horror-comedy. Directed by a pre-Lord of the Rings Peter Jackson, the movie follows Lionel, whose aggressively overprotective mother falls victim to a nasty zombie bite – which soon results in widespread chaos.

One of the most hilariously bloody movies ever made, Braindead is a masterclass in both horror-comedy and practical effects. Although the movie was a financial bomb at the time of its release, the success of Jackson’s Lord of the Rings trilogy renewed interest in the movie, becoming a hugely popular cult classic.

NEXT: 10 Horror Movies That Are Also Coming Of Age Movies